Crypto Unicorns and Moonstream: launching one of the top Polygon NFT games 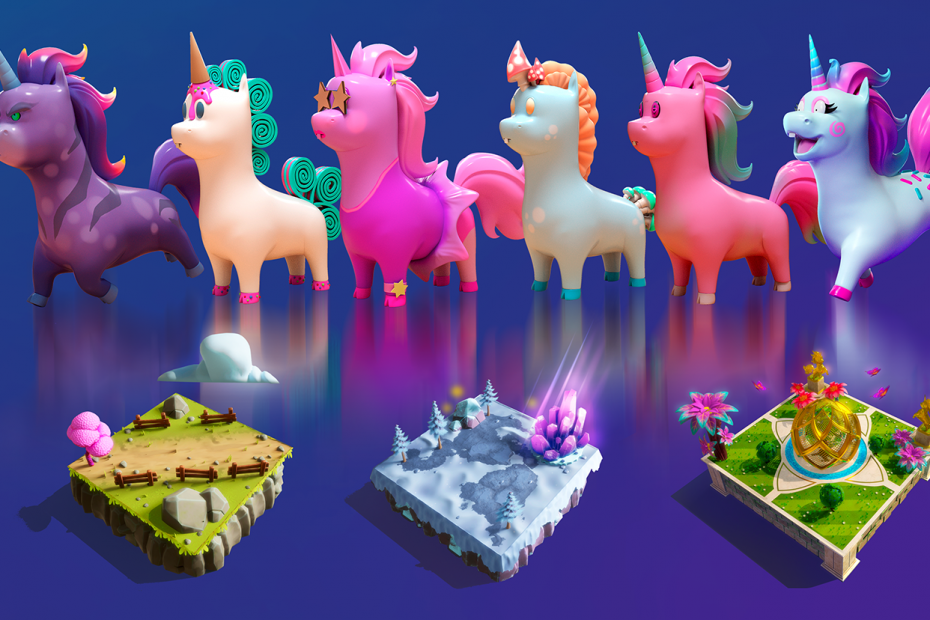 This includes the initial sale of Unicorn eggs, the hatching of the eggs, and the subsequent sale of land in the Crypto Unicorns game world. Crypto Unicorns has been so successful that their December 15 land sale sold out in under 30 minutes.

Crypto Unicorns has thousands of NFT holders, tens of thousands of community members, and their smart contracts have seen over $10,000,000 in transaction volume. We are privileged and proud to have been a part of their effort.

For their product managers and game designers, it would answer questions about how users were interacting with different aspects of the game on the blockchain – which on-chain features were successful and which needed improvement.

For the development team, this visibility would tell them if there were any bugs or issues with the smart contracts, with the servers which were responding to smart contract events, and with the transactions they fired off in response to these events.

They also wanted to monitor if attackers were trying to exploit their smart contracts.

Moonstream was able to tell them about all of these things. More importantly, it was able to do so reliably. During the November 15 Crypto Unicorns pre-sale, the crypto markets were crashing. Polygonscan was down for around 5 out of the first 12 hours of the launch. Moonstream remained up, available, and kept serving valuable information about the launch dynamics.

There are currently no direct alternatives to Moonstream. You could monitor transactions through Polygonscan or other similar services. They would not provide the same level of visibility. Moonstream can be used during development and deployment as well as for product analytics and security monitoring. It helps you learn exactly how your smart contracts are being used.

Moonstream even helped the Crypto Unicorns team find a bug in their oracles. We call it the HatchFinishedEvent bug.

Users who own a unicorn egg can hatch it into a unicorn. A user signifies their intention to hatch through an on-chain transaction. The Crypto Unicorns team maintains a server which monitors the blockchain for these transactions. Once it detects such a transaction, the server responds by generating an image for the adult unicorn, uploading it to Arweave, and registering the Arweave URI against the Crypto Unicorns smart contract.

Except, the Crypto Unicorns server was missing some of the hatch events:

You can see from the HatchFinishedEvent plateaus on the dashboard above that users were hatching more unicorns than the server was registering.

Once we noticed that, we could identify why it was happening. One issue was that the gas prices at which the server was registering Arweave URIs against the Crypto Unicorns contract were too low. Another was that the Polygon blockchain sometimes undergoes deep reorganizations, which can erase HatchStartedEvents or HatchFinishedEvents, causing a mismatch on chain.

Once they had confirmed these issues, it only took the Crypto Unicorns team 5 minutes to build a reconciliation pipeline using the Moonstream API to fix them.

With the dashboards you can see what’s happening with the smart contracts right away without having to look up transactions one by one and then trying to interpret them. When you see the big picture in real time, issues get fixed faster.

The Crypto Unicorns pre-sale and launch on November 15 was a resounding success. 10,000 Crypto Unicorns’ eggs sold out within 30 hours for over 9 million dollars worth of Ethereum transactions.

The 1000 WETH (over 4 million dollars at the time of posting) from the genesis token sale was safely transferred into the Crypto Unicorns owner address over 7 transactions.

The land sale on December 15 built on this success, selling out within 30 minutes for over $1.5 million dollars in WETH.

The Crypto Unicorns launch established Moonstream as a critical tool for operating smart contracts and decentralized applications. Moonstream has now been battle tested, and has proven its mettle.